Planning every procedural detail.
We are here to bring your vision to life
and deliver an exceptional guest experience.

Our tour begins at the very heart of the old city, the Italianate Syntagma Square, where you will admire unique historic buildings and monuments. Among them are the first Greek Parliament, the Archaeological Museum with important artifacts from the prehistoric and Mycenaen era, and the Municipal Gallery. In close proximity stand the Church of Agios Spyridonas, in front of which Governor Ioannis Kapodistrias was assassinated, and the Church of Agios Georgios. Next are the 999 steps carved into a rock that leads to the famous Palamidi Castle. Also worth visiting are the War Museum, which is housed in the buildings of a former (first) military academy; the prestigious Peloponnesian Folk Art Museum; the one-of-a-kind Komboloi Museum; the Town Hall in the Trion Navarhon Square; the statue of Ioannis Kapodistrias, modern Greece's first prime minister, located in the square bearing the same name; Theodoros Kolokotronis Park, where Kolokotronis's statue stands; and the recently renovated "Pili tis Ksiras" (Shore Gate).

The tour begins at an organized archaeological site of the Asclepieion and its main points of interest, the archaeological museum, the ancient theater, and the surrounding archaeological site. The small Archaeological Museum of Epidaurus is at the entrance to the archaeological site of the Asclipieion and houses many of the findings discovered there. It is considered to be of great importance because its exhibits include many fragments of architectural parts from the superstructures of the most notable buildings in the sanctuary. The Theater of Epidaurus presents the characteristic tripartile layout of the Hellenistic theaters: cavea, orchestra, and stage building. The aesthetics and functionality of the theater have already been noted in antiquity. The theater is well-preserved and in a very good condition, and with the restoration work done to the structure, it has almost fully regained its original form, except for the stage building. The monument attracts large numbers of Greek and foreign visitors and is used to stage ancient Greek plays.

The tour begins at the vaulted tomb known as Treasury of Atreus, one of the most impressive works of Mycenaean burial architecture. Then we head to the main archaeological area and the Lion Gate, the impressive acropolis entrance with its famous relief. Next stop is Grave Circle A, which was excavated by Heinrich Schliemann in 1876. Then we reach the Megaron, the Palace of the Mycenaean kings. Taking the back access to the acropolis, we pass by workshops, the entrance to the underground tanks, and from the Northern Gate we head to the museum. There, we will see the evolution of the Mycenaen pottery, trade networks, Linear B plates, and everyday objects.

The tour begins at the Western Bastion, a structure with a clear defensive character, which stands as proof of the outstanding achievements of Mycenaen architecture. The walls bounding the citadel of Tirynth were built in three phases and gradually fortified the entire hill. The Lower Acropolis features terraces and was designed based on a single plan. The buildings line up along the walls, separated by open walkways running from north to south. A main road leads from the north gate to the south of the Lower Acropolis and is associated with the runway leading to the Upper Citadel. The Geometric Church is a temple built during the Geometric period at the Mycenaean Palace, where people worshipped the goddess Hera.

Argos boasts prominent archaeological monuments and the great Archaeological Museum. It is located 12 kilometers northwest of Nafplio. The Aspida Acropolis is situated on the Hill of Aspida, and it is believed that the kings of Argos lived there. The Larissa Acropolis (the old acropolis of Argos) was constructed in the 6th century BC. The ancient Argos Theater is situated southwest of the Larissa Acropolis. The ancient agora (market) is a trademark of the city and has been the center of action for centuries (700 BC-AD 400). The Achaeological Museum houses a great number of archaeological treasures from the pro-Mycenaean era and is in itself an important building, the renowned Kallergi mansion, which is part of the heritage of the city and was restored by the French Archaeological School. The Saint Peter Bishop Square of Argos, which is frequented by visitors and locals, is home to the magnificent church. 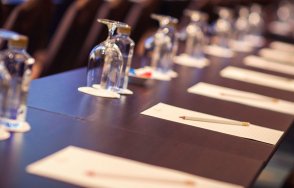 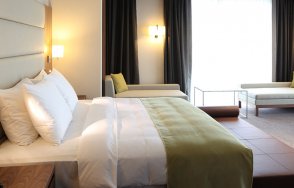 Selecting the right hotel/venue for your event 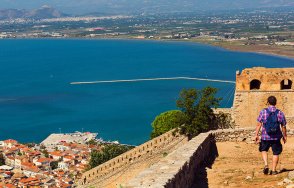 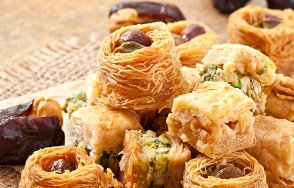